It was brought to our attention recently that a Ronald Ramirez, aka Going Underground Records (or Wands Records) @ 18221 G St, Bakersfield, CA 93301 has been manufacturing and distributing unauthorized copies of an album from our band catalog, which they do not own the rights to, as well as their license to this material being expired for over two years.

We are moving forward with the necessary steps in order to resolve this situation and need to find out which vinyl pressing/manufacturers are handling the production. We respectfully request immediate termination of further production of this record as of immediately, as the label will be sent a proper cease and desist in the coming months if this is not handled.

One of our sources suggested to get in touch with Bill Smith Custom Records or Erika Records, and we are trying to determine how many pressings have been issued, what the color-breakdown per pressing has been, and how he has been able to channel what is essentially an unauthorized bootleg into the market.

Please respond at your earliest convenience.

2014 Begins with more amateur hour actions from Kevin and his new recruits. Sorry boys but I haven't repressed this record and had no plans to make anymore. Believe your small fan base has had it's fill of this one...be it"Partially Un-official" Or "Official".

That being said there are three pressings, all in somewhat small numbers

There was never any "contract" signed between Scott, Kevin or Myself...When we released the first two records they only had 3 tapes out that were limited...not really the type of band that requires a contract.

Sutekh Hexen is a joke, Kevin is a fake and this black noise shit can fuck off.

Lastly please remember the Song writer and true owner of Luciform was paid for the final pressing. Best. 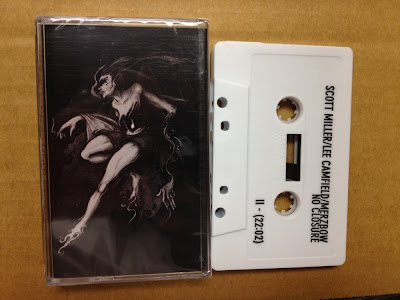 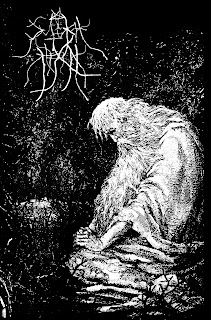 Sutekh Hexen "Moments Within the Current" Wands//07 C20 Cassete Edition of 75 1. There Were Others Like You 2. And the Rest Bore No Resemblance 3. So We Bid Farewell to the Kindred 4. And Laid Amongst Their Thorns Recorded during the Winter of 2010 by Sutekh Hexen (Scott Miller and Lee Camfield) in San Francisco, CA. Kevin Gan Yuen is not on these recordings. ORDER : http://wands.bigcartel.com/product/sutekh-hexen-moments-within-the-current-c20-tape
Posted by WANDS at 7:34 AM

Merz tapes and Black Horizons can suck it.

http://soundcloud.com/wands-records/sutekh-hexen-and-the-rest
Posted by WANDS at 8:14 AM

Since I have been labeled as a thief and a bootlegger by Kevin, I will now share information that he has kept secret. This was sent to Kevin via email from Scott on 9/25/12,Hope you internet trolls hate it. Scott Sutekh Hexen
Posted by WANDS at 8:21 AM

A former member of Sutekh Hexen mailed me earlier to let me know the current member of Sutekh Hexen is cry-babying around the internet about our new pressing of the Luciform album. Let it be known that this small pressing that was authorized by Sutekh Hexen and Sutekh Hexen will be given the standard 15% as normal. The mastering and pressing is the same as the last two pressings and the band was very happy with those at the time as were many of you. If you choose to support this puppet show of Sutekh that was once a great idea that's fine.But let it be told that Kevin didn't write the music,nor the lyrics, nor was he part of any of the true rituals that were behind the idea of SH. Kevin is nothing but an actor , a cowardly snake that is good with photoshop. Trying very hard to be some type of low level rock star playing songs that someone else wrote for him. Since this has been dragged into the public light as some type of "Boycott" on Wands you,the buying public, can do what you feel is best for you. I'll finish by saying that copies will be sent to the person that is behind LUCIFORM, the same person that wrote Behind the Throne and was received NOTHING..the same person that wrote all the tracks on the LARVAE CS and received NOTHING...the Euro Lp ...the Reel...the Andrew Liles LP/CD/CS etc etc. Sutekh was an amazing thing at one point,but it's ruined now. Believe it or don't, I don't care. WANDS
Posted by WANDS at 11:20 PM

Sutekh Hexen - Luciform Lp / Third Pressing Third Pressing 88 Clear Vinyl 94 Blue VInyl Please limit yourself to 2 copies of each color These will not be available for wholesale nor trade Wands.bigcartel.com I will be posting Test Pressings and other rare items later in the day
Posted by WANDS at 10:27 AM